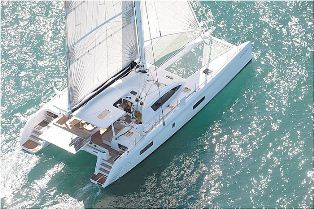 The recently released Outremer 5X is following the path as she is nominated for the European Yacht of the Year Award 2013.

After 5 days of sea trial in La Spezia in October, final results will be known on the opening night of Boot Dusseldorf.