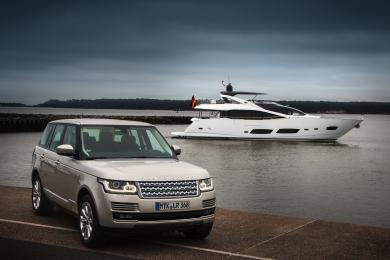 Sunseeker Germany will set the course for 2013 with four German premieres at boot Düsseldorf from 19 to 27 January 2013.

Sunseeker Germany are delighted to announce the launch of four new Sunseeker yachts to the German market at the upcoming boot Düsseldorf from 19 to 27 January 2013, including the 28 Meter Yacht, Predator 68, the San Remo, and the Portofino 40, thus making Sunseeker the leader in presenting new yacht models. The Manhattan 53 will complete the range of Sunseeker yachts on display at the show.

Sunseeker Germany has, as one of the few exhibitors, successfully established itself at boot. By consistently keeping a regular presence at the same position (Hall 6, Stand B1) with the same size of 1,800 square meters and with an extensive model range, Sunseeker Germany belongs to one of the largest exhibitors at boot. The impressive booth attracts many visitors every year and sets the standard in design and quality in hall 6, the meeting point of renowned exhibitors of luxury motor yachts.

The stand will offer a new open plan layout in the lower coffee area, creating a greater feeling of brightness and space for the visitors. Sunseeker Germany are delighted to welcome again a selection of premium brand partners to the stand, such as the harbours Port Adriano (Mallorca) and Martinis Marchi (Croatia).

With the German premieres of the 28 Meter Yacht, Predator 68, San Remo, and Portofino 40, all guests can look forward to exciting new yacht models. The flybridge yacht Manhattan 53 and many other highlights will complete the stunning display of Sunseeker Germany at boot Düsseldorf 2013.

The cooperation with the British SUV manufacturer enters into its fourth year. Both Sunseeker and Range Rover embody timeless design and lifestyle at the highest level, thus providing the best conditions for a successful and comprehensive cooperation on the show stage at boot.
Sunseeker customers will benefit again from an exclusive VIP shuttle service offered by ten luxurious Range Rovers. As an absolute highlight Sunseeker Germany will present the new Range Rover on the stand, parallel to its launch on the German market.

With the premiere of the new Range Rover incorporating an innovative aluminium body, Land Rover will open a new chapter in the story of success that goes back decades.