Following the announcement during the Argo Group Gold Cup in Bermuda in October that the World Match Racing Tour will transition to catamaran racing in the M32, the team have worked hard on creating a strong season that will be crowned with a $1 million U.S.D. prize to the winner. This has resulted in a season that consists of iconic sailing venues that will write a new chapter in the prosperous legacy of the World Match Racing Tour.

Growing interest
The Championship events of this season, which will form a short season when adapting to the new venue for the World Finals in Marstrand in July, will together create a total prize purse of over $2 million U.S.D. to the teams. Something that together with the introduction of the M32 has created a fast growing interest for the World Match Racing Tour. 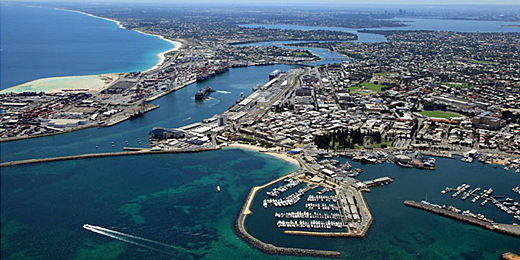 Fremantle, Perth will be the first stop on the 2016 World Match Racing Tour

For Fremantle it will be the 30 year anniversary since the start of classic America's Cup event in 1986-87, Long Beach will host its 52nd edition of the Congressional Cup and Copenhagen will make a much sought after comeback to the premiere division of match racing.