When boot Düsseldorf invites to the presentation of the "ocean tribute" award, the prominent marine conservationists are also on board.

Regular guest is of course the British marine activist Emily Penn, also Pierre-Yves Cousteau, son of the diving pioneer Jacques-Yves and also a diver and lawyer of the sea, shows his flag, the British sailing legend Sir Robin Knox-Johnston is on board and of course Prince Albert II as guest of honour. Together with his foundation partner der boot and the Deutsche Meeresstiftung at the presentation of the "ocean tribute" award. The Monegasque prince crowned the boat's blue motion night on Monday evening.

At the beginning of the event the vice-president of Prince Albert II foundation, S.E. Bernard Fautrier, Messe Düsseldorf CEO, Werner M. Dornscheidt, the Executive Board of the German Marine Foundation, Frank Schweikert, and the representative of Prince Albert II foundation in Germany, Dr. Bernd Kunth, signed the new cooperation agreement for the continuation of the "ocean tribute" Award over the next three years. Afterwards, the prizes were given to the winners of the award for projects that are committed to protecting the oceans. One company was awarded in each of the categories Society, Industry and Science for its groundbreaking ideas and their implementation.

The winners at a glance

S.E. Fautrier awarded the winner in the category Society. The jury was impressed by the three Ocean Award nominees in the category Society: They were enthusiastic about the commitment of the Melanesian Coral Sea Foundation, the Malizia Ocean Challenge and the Sky Ocean Rescue. The Malizia Ocean Challenge won in this category. Founded by Pierre Casiraghi and Boris Herrmann, it is an integral part of the Malizia Sailing Campaign. Both are great ambassadors of their sport, but their commitment goes even further. The joint campaign, under the flag of the Yacht Club de Monaco, is dedicated to the challenge and to doing the best possible for nature.

The team collects data on the state of the oceans and evaluates them in close cooperation with the Max Planck Institute for Meteorology in Hamburg and the IFM Geomar in Kiel. The focus is on data that provide answers to questions about the absorption of CO2 by the ocean. In order to preserve the oceans in the future, the Malizia Ocean Challenge takes young people from all over the world on board. The leader of this initiative, Birte Lorenzen, explains the topics of marine and climate protection to the generation of eight- to thirteen-year-olds. As an experienced teacher, Birte shares and exchanges her knowledge with colleagues and partners. The Malizia Ocean Challenge can best be explained with the sentence "Sailing encompasses society and science for the benefit of the environment". "The social commitment of Birte, Boris and Pierre is exemplary", Fautrier described the special commitment of the passionate sailors.

boot exhibition president Robert Marx introduced the winners in the Industry category: "As you can imagine, we had fantastic applicants in the Industry category of the Ocean Award. Our nominees are Neptu Therm's environmental inventors, enteron's wastewater magician and the Next Wave - Lonely Whale campaign. The winner was Neptu Therm." His inventor, Richard Meier, thought about the so-called Neptune balls/seagrass balls that he found in large quantities on the Mediterranean beaches while kitesurfing in Spain. While everyone else found these strange algae waste products rather annoying, they triggered a groundbreaking thinking process in the clever mind of the Karlsruhe architect and inventor. It was at this time that the idea of Neptu Therm was born.

Today, Meier's wife Monika and son Michael continue his work successfully. The basic idea is as simple as it is ingenious: Neptu Therm transforms the natural Neptune balls from dead algae leaves into a valuable insulation material that is highly sought-after, completely natural and energy-efficient. The purely biological and hardly combustible product is increasingly used in building construction. The insulation material certified with the "Blue Angel" is in no way inferior to traditional industrial products. It is completely degradable and can be reused, e.g. in vegetable plasters as a plant substrate. Marx: "NeptuTherm is simply a wonderful gift from the sea to mankind. No wonder that this company has already won several awards including the Industry Award, the GreenTec Award and the Innoventa Innovation Award". He then presented Monika and Michael Meier with the prize in the Industry category together with Werner M. Dornscheidt, head of the trade fair.

The three nominees in the Science category of the Ocean Award were impressive in demonstrating that they have great ideas for involving the public in protecting the oceans. With great creativity and determination, the three best candidates Alnitak, The Ocean Race and gardening coral reefs developed their projects. "Their work is groundbreaking," said Frank Schweikert, Chairman of the German Marine Foundation, explaining the jury's decision. The winner is "The Ocean Race". The team, formerly known as Volvo Ocean Race, has set new standards in global awareness of the dramatic levels of pollution of the oceans with plastic waste and has taken realistic action against it.

During the 13th edition of this unique sailing adventure, seven teams collected data on micro-plastics, water temperatures, CO2 levels and more in the most remote regions. The data was evaluated and further processed by international scientists. In an impressive campaign, The Ocean Race is working with the UN #CleanSeas initiative. Other active campaign members are: 11th Hour Racing, the Mirpuri Foundation, Volvo, AkzoNobel, Stena Recycling, Bluewater and the Ocean Family Foundation. The sustainable initiative reached more than 100,000 schoolchildren and more than 10 million people around the world. More than 400,000 visitors have benefited from the information offered at the hotspots in the intermediate ports. He presented the award to Ocean Race representatives Dougal Christie and Anne-Cécile Turner with the words: "This is a perfect symbiosis between water sports and science".

Excited conversations well into the night

After the award ceremonies, there were still long, animated discussions between the guests about the interesting and committed projects that received this year's "ocean tribute" award during the boat "blue motion night" 2019 in Hall 6. Sponsors of the night are fair gastronome Stockheim, Veuve Cliquot Champagne and Hublot watches. Sponsor of the "ocean tribute" award is the company Seabob, dive scooter.

Latest news about boot 2019 at a glance 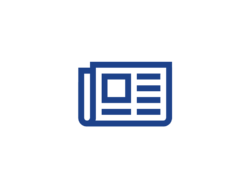 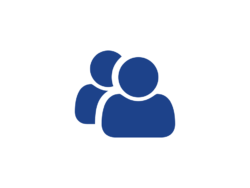