Hat-trick of new orders for Jongert 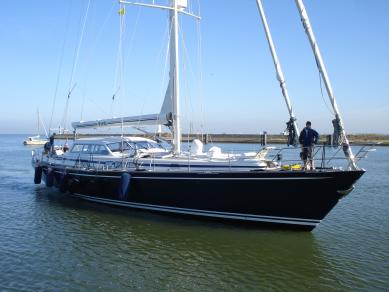 One of the leading Dutch superyacht builders Jongert has signed three impressive new orders over recent weeks. At the Monaco Yacht Show the yard signed contracts for two motoryachts and then confirmed a third new order – this time for a new sailing yacht – at the Fort Lauderdale Boat Show. Add in a major new refit project and a new branch in Antibes and it is clear that Jongert is well on track.
The New Experience identity that Jongert presented during the Monaco and Fort Lauderdale boat shows was greatly appreciated by the audience. Jongert’s new range of sailing and motor yachts combines state-of-the-art design with innovative solutions in terms of space, performance and eco-friendliness.
New contracts
The 44.60-metre motor yacht sold in Monaco has since been extended to 46.40 metres in partnership with the owners representative Alex Krykanyuk and Dubois Naval Architecture. The details of the second motoryacht sold at the Monaco show remain under wraps except for her length of 44.10 metres. Both projects are due for completion in 2013.
During the Fort Lauderdale boat show Jongert continued its sales success by announcing the order for a 3400M sailing yacht. This is an extended version of the recently introduced 3000M line designed by German Frers. The buyer currently owns another Jongert and was delighted with the design of the new Jongert line.
Jongert 2700M Vivid finds her way home
The Jongert 2700M Vivid has sailed back to Jongert’s shipyard in Wieringerwerf having criss-crossed the world for the past decade. The 27-metre sailing yacht is now being prepared for a major refit that Jongert will carry out in cooperation with the Sea-Alliance Group.
Branch in France
In the south of France, Jongert has established a new branch in Antibes to provide more service to its international clients. The office will be as well the contact point for the sale of pre-used Jongert yachts.
Boot Dusseldorf 2012
Jongert will be present at Boot Dusseldorf from 21 to 29 January 2012. Further details will follow, while more information about the new Jongert line is available on www.jongert.nl.
Jongert Shipyard Jongert International
T: +31 227 549400 T: +33 483 157161
E: info@jongert.nl

Information for the editorial team:

The pictures can be used free of charge with mention of source “Jongert Shipyard” with the press release and/or an article based upon this press release.