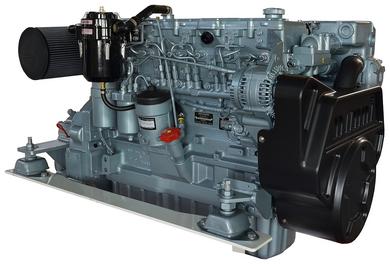 The new powerful NANNI engines of 400 and 600 hp
The N6.405 silver series engines and the N9.600 silver series engines are all engines marinized by Nanni on John Deere engine bases, of 6 cylinders in line and respectively of 6,8l and 9l.
The choice of Common Rail allows the high-pressure injection of the fuel, offering an optimal functioning and a big user-friendliness.
Thanks to the NANNI engineers, the marinization was maximized. The cooling systems, systems of monitoring were revised and several adaptations with various gearboxes were developed.
More compact, and lighter with optimized ratio weight/power, the engines N6.405 silver series and the N9.600 silver series are perfectly adapted as well to the sailing as to the professional applications.
These engines are available in compliance with EPA Tier 3 emissions standard and available with the new NANNI package of electronical control systems and joysticks.