The boot Düsseldorf is the ultimate trade fair for launches, records and superlatives - and this also applies for Bavaria Yachts. From 23rd to 31st January, the second largest shipyard for yachts in the world will be showcasing its entire product range of Catamarans, sailing Yachts and motor boats. With an area of 3,800 square metres, the Bavaria World in Hall 17 and Hall 15 will be the biggest trade fair stand yet seen at a boat show.

Information and services
Besides 19 Yachts from the model series Cruiser, Vision, Sport, Virtess and Nautitech, Bavaria Yachts will be presenting many other special offers, information and services related to water Sports. Visitors of the Bavaria World in both halls will be able to find out about options for financing and leasing private Yachts, as well as opportunities for investing in charter Yachts. There is also a wealth of information to be learned from the numerous lectures presented on the Bavaria experts stage on topics such as navigation, boat care and sail trim.

Become a member of boot.club and ensure yourself exclusive benefits! 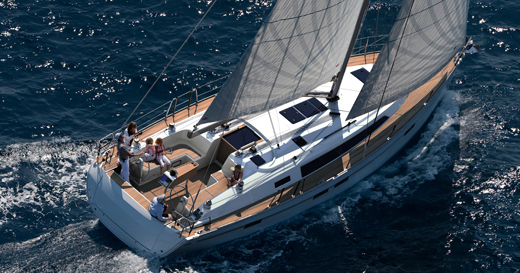 Bavaria Sailing - launches
Bavaria Yachts celebrates the start of the new season at boot 2016 by launching three large sailing Yachts. The new Cruiser 34 and the Cruiser 51 Style are presented to the public for the first time with their World launch, while the Cruiser 46 Style will make its first appearance at a German trade fair.

A large cockpit with two helm stands and a comfortable layout below deck with three cabins are just two features of the new Cruiser 34 from Bavaria Yachts. The Cruiser 34 can accommodate six people in its three spacious cabins below deck. For those who appreciate independence and luxury on the water, the Cruiser 51 Style with its luxurious facilities is presented to the international public in Düsseldorf. The galley of the Cruiser 51 Style has an entirely new layout, boasting a fridge and freezer made of stainless steel, as well as a high quality kitchen worktop, newly designed overhead cabinets, elegant fabric covered bulkheads and sophisticated lounge upholstery. At boot Düsseldorf 2015, the Cruiser 46 was awarded “European Yacht of the Year” by an international jury, and it is one of Bavaria Yachts’ all-time best sellers. At boot 2016, this gem will be presented with its new equipment line Style. Besides a redesigned galley area with a stainless steel fridge and a high-quality worktop, the Cruiser 46 Style scores points with the elegant design of its saloon and cabins.

All three launches will be unveiled with great ceremony on the first Saturday of the fair (23 January) at 11 am in Hall 17!

Latest motorboat model by Bavaria: Project DA10
What started out as an idea in the development offices of Bavaria Yachts together with the design and naval architects specialists of Vripack from the Netherlands last summer is increasingly beginning to take shape. In the shipyard in Giebelstadt, work is already under way on the mould of the approximately 12 metre long motor Yacht and plans for the interior have already been completed. After each development step, it is becoming more and more evident that Project DA10 is a motor yacht of a whole new dimension. Design, functionality and an efficient engine are just some of the attributes of this new motor yacht. With Project DA10, the focus is not on speed but on getting a feel for life on the water. Besides the conventional diesel engines of 75 to 300 HP, Project DA10 will also have a new innovative hybrid engine.
Project DA10 will be christened during an auspicious naming ceremony at 11 am the first Sunday of the trade fair boot Düsseldorf 2016!

Bavaria motorboats: everything from Sport to Virtess
With the Sport 29 and Sport 32, the five models of the new Sport line as well as the flybridge Yacht Virtess 420, Bavaria Yachts presents its entire range of motor Yachts in Düsseldorf.

The new Sport 300 Open, shown for the first time in Düsseldorf, is impressive for its very agile and Sporty handling characteristics and a surprising amount of space in the cockpit and below deck. Equipped with a spacious aft cabin and the possibility to convert the seating area in the saloon into a double berth, there is nothing standing in the way of a sunny cruise for four people. The Sport 330 is built in an Open and a hardtop version (HT) by Bavaria Yachts. In numerous press test runs it has demonstrated its safe handling characteristics in harsh weather conditions as well as incredible agility when maneuvering and accelerating.