This company is co-exhibitor of
Yanmar Marine International B.V. 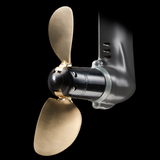 The NEW generation of folding propellers
Taking advantage of modern composite materials, the Flexofold Composite propeller hub is not only immune to electrolysis, it also features a protective torsional hub, low weight and high strength – all combined in an attractive design.
The Flexofold Composite propeller still provides the recognized low drag, higher speed and good performance under sail, as well as high thrust and strong maneuverability under power.

The NEW Flexofold Composite propeller has been tested for more seasons by appointed test sailors and already chosen as original propeller by more boat yards, including Elan Yachts and Saffier Yachts. 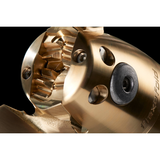 When foldet under sail, the low propeller drag makes your boat sail faster and in lighter wind - even with a minimum risk of catching lines or seaweed.

Cruisers and racers alike choose the 2-Blade Flexofold Classic because it combines the most efficient blade shape available with very low drag and moderate price. 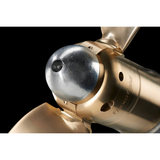 Low drag under sail - high thrust under power
The 2-blade Flexofold LA-version with closed gearing provides trouble-free handling by superior power in both forward and reverse.

When folded under sail, the low propeller drag makes your boat sail faster and in lighter wind - even with a minimum risk of catching lines or seaweed.

This LA-version features a large anode on the protective cover. 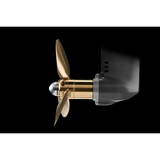 When foldet under sail, the low propeller drag makes your boat sail faster and in lighter wind - even with a minimum risk of catching lines or seaweed.

The propellers are sold directly to boat builders as well as private boat owners worldwide.

Dedication and experience
The Danish company Flexofold ApS was established in 1992. With more than 25 years of dedicated work, Flexofold is now one of the most experienced and largest manufacturer of folding propellers for sailboats.

Since December 2017, Flexofold is owned by the engine manufacturer Yanmar Marine.

Continous developments
The first Flexofold Propeller was produced in 1993 and was quickly recognized as a superior product. Not to be satisfied, Flexofold introduced a new blade shape in 1997.

The wider blade design and redistributed mass has improved both forward and reverse performance. In the same year a 3-blade design was introduced using similar design parameters.
In 1998, an even lower drag Racing propeller was introduced. This was quickly adopted on boats like the Farr 40 where the absolute lowest drag and good performance under power is required.
In 2008, three new 4-blade propellers was included in the wide product range.

In 2016, the 2-blade Composite propeller was introduced

Due to the attantion we gave our original goal of designing and selling the best folding propellers for sailboats at a competitive prices, Flexofold is used now as the original equipment of an increasing number of boat yards, including Beneteau, Dehler, Elan, Grand Soleil, Hanse, J-Boats, Malö, Najad, Swan, X-Yachts and many more